After graduating from high school in , he went to and spent some time working at a motorcycle company in in Surrey. In , he moved to America and enrolled in where he shifted his focus more on to music, and played in a local blues band as a keyboard player. In August of , he transferred to in Boston. In August , he was the recipient of an international student scholarship from the University of Minnesota Duluth, and transferred to . Over the next four years, he studied classical , and also performed in . In , following graduation, he started working as a .

He has continued to release solo albums and has been writing music for TV dramas and documentaries. He has also been writing scores for orchestra and chamber orchestra. 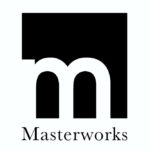